Harrison vs. The Empire!

Gosh, it's been a long time - sorry for the crafty delay but I have been busy with a new baby boy (Harrison Jaan Baker) and lots of animation work.

Anyhoo - excuses aside - I thought it might be fun to make a little Star Warsy something for Harry to play with, and due to his megalomaniacal nature, figured an Imperial craft would be perfect for his crib.

I wanted to make something without stitching - so this craft involves a popsicle stick, styrofoam ball, card, felt and non-toxic glue.

First, I rammed the stick through the ball. Ramming is fun. 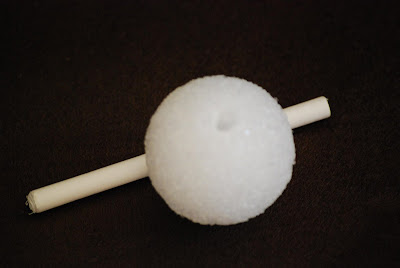 Next, I cut out an appropriate sized piece of gray felt and wrapped it around the ball, gluing it down. 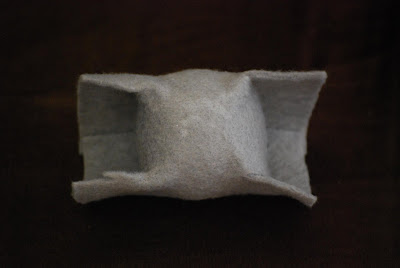 I ringed the front and back of the ball with a thin strip of felt to give it some strength and shape. 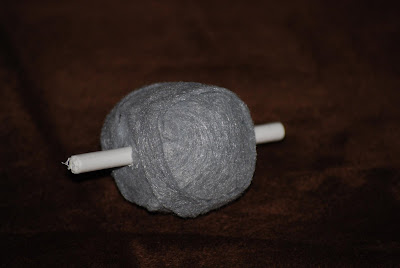 And then I glued rolls of felt around the 'arms' before sticking the tiny shapes of the window onto the front of the ball. I like to think there's a tiny felt TIE pilot in there who is now delighted that he can see where he is going. 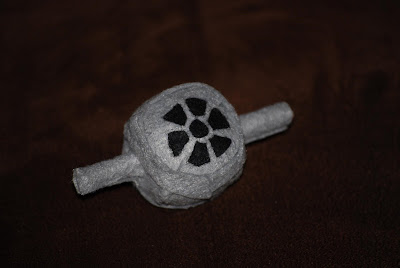 I cut the hexagonal wing panels out of card and then glued more gray felt to the front and back of them. 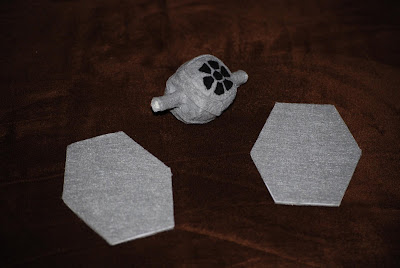 And then I glued more black shapes to the wings to give them their distinctive pattern. 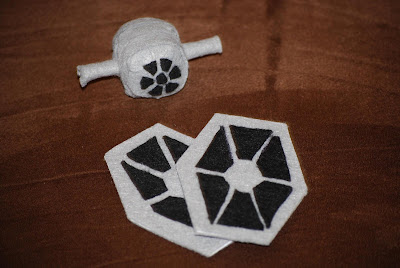 Finally, I glued the wings to the 'arms' (or 'struts' if you want to get technical) and there we have it, a finished TIE Fighter, ready for action. 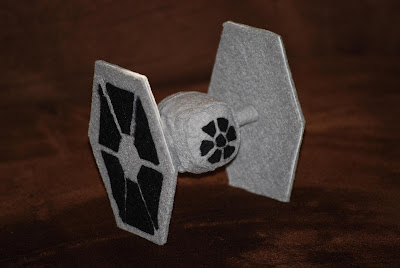 Of course, it lasted for less than 12 parsecs before Harry singlehandly took on the Empire and flattened it. 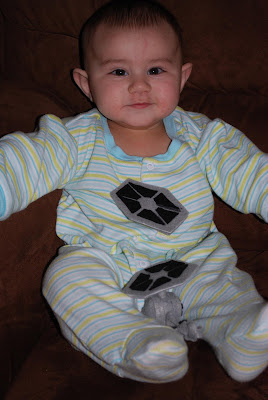 Note to self: Stitching is good.

Hey, who said crafts were meant to last forever?

Until next time, cheerio!
10 comments: